We decided not to open the nursery area yet as the core volunteers were still focused in the construction of the Lowther Hill tow as well as a number of operational matters. In the meantime, Ross Dolder, Pete Coulson, Craig Cameron and Jamie Adcock went for a 10 mile ski tour from Wanlockhead to Elvanfoot to give us a flavour of the Lowther Hills' backcountry.

Waiting for a moment of visibility. Check Ross Dolder's account of the Wanlockhead to Elvanfoot ski tour. 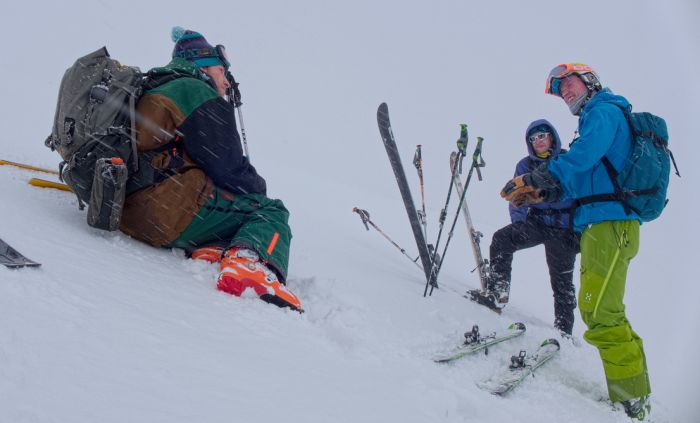 The storm force westerlies had loaded the eastern faces of the Lowther Hills. 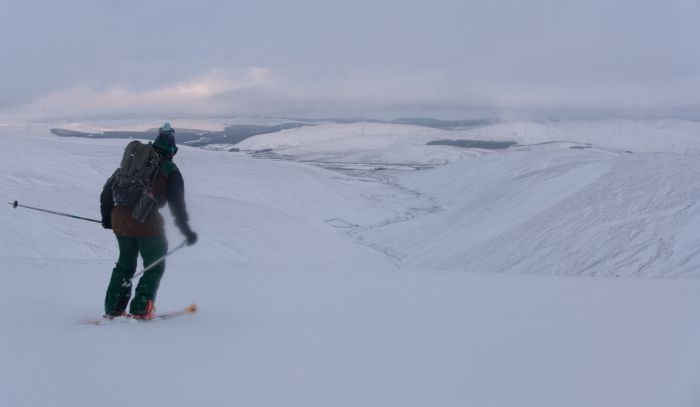 Views over the Clyde valley and headtorch approach to Elvanfoot. 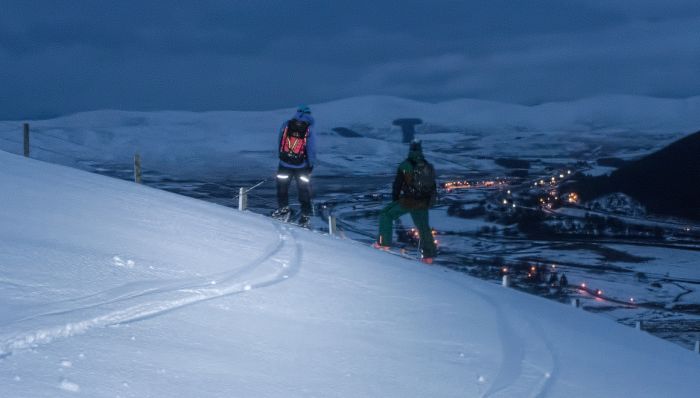