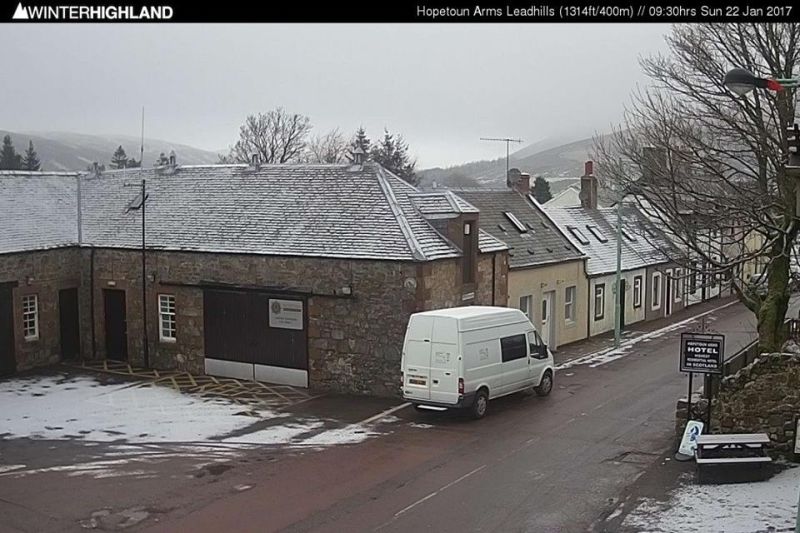 Here's a wee dusting of snow today in Scotland's highest villages, but more is needed to open the tows. Next week we will have some frost and light rain. Winter has not really reached Scotland this season yet; persistent blocking has stopped the Atlantic storms which usually fill the snow fences in January. In the meantime, let's keep an eye on the weather forecast and the webcams.