Lowther Hill webcams: Thank you for your donations

Thank you very much everybody. We have successfully crowdfunded a webcam and weather station for the Ski Club's facilities on Lowther Hill. We asked for £1,500 and we raised £1,630 (see our original crowdfunding appeal here and here).

It's been the longest work party on the hill this season: five days (from Thursday 2nd to Monday 6th April) drilling, cutting, fixing, wiring, testing and networking data from 10am to 10pm. 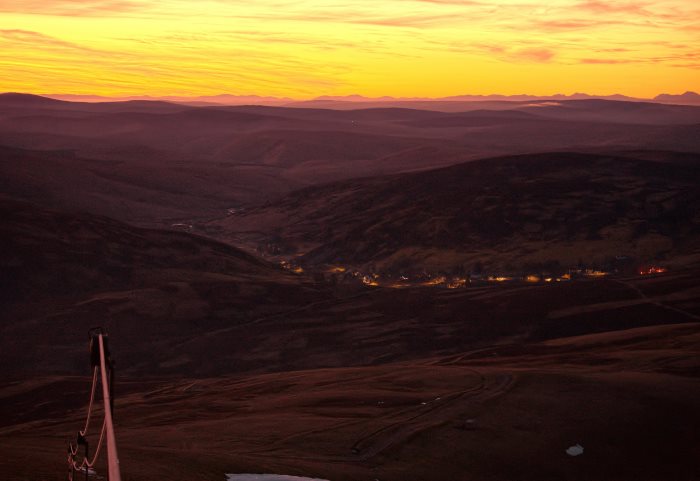 Dusk sky over Wanlockhead, while we were still working at the Engine Hut. Photo by Ross Dolder.


But touch wood (and we've done a lot of that over the last week), we're now on-line with two automated cameras looking down the hill across the club's ski slopes on Lowther Hill itself, all powered by just the sun and communicating to the world via mobile phone masts somewhere out there. 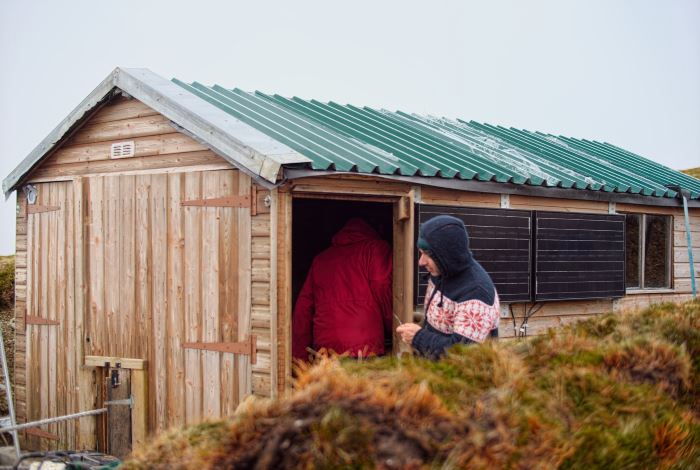 Mounting the solar panels and doing many other jobs at the Engine Hut. Photo by Ross Dolder.


We couldn't have done it without the dedication and expertise of Alan Mackay from www.winterhighland.info... 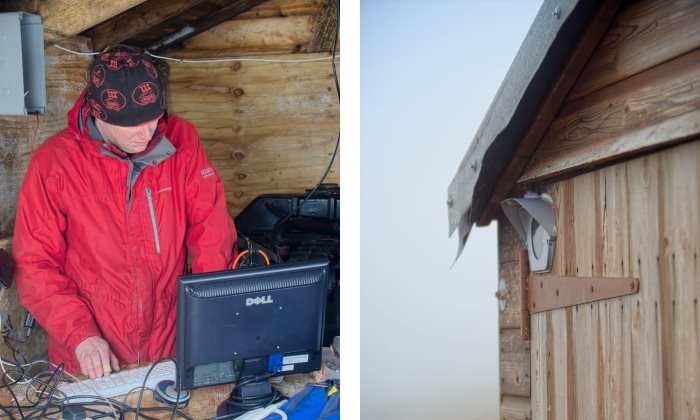 ...and crucially, your donations that bought the hardware to make it possible. You should be proud :-) 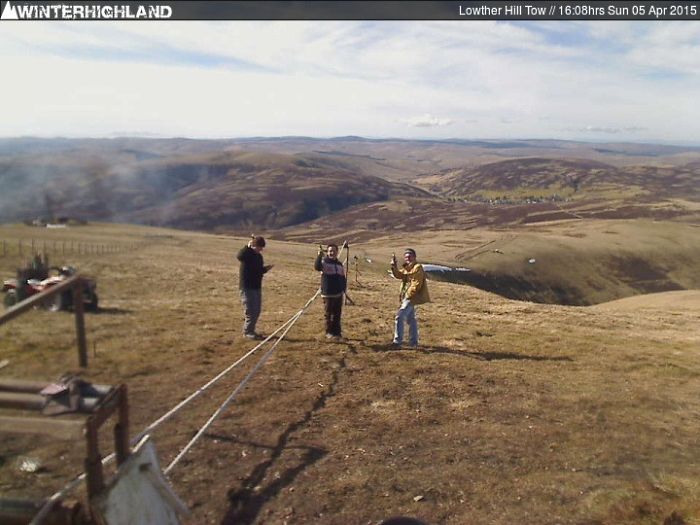 Also, thank you so much for all your comments of support. Here are some of them:

"Thanks for making this happen. Another win for Scottish skiing" - An anonymous donor

"You are doing a great job!" - the Craig family

"I don't ski yet but walk the hills. Best of luck getting this" - Martin McMahon

"Excellent work being done. well done to everyone, what a fantastic idea" - Sally

"Stellar effort over the past few months, pretty sure you'll hit your target" - Craig Cameron

"Thank you for providing such a great opportunity for the local community. Molly is having a great time" - Lisa, Jon and Molly

"Thanks to all the volunteers who have made the Ski club such a success, what an asset to the village" - Alison and Raymond Sommerville

"Thank you! Ski-ing in South West Scotland is awesome!" - John and Luke

"Lots of happy memories of skiing at Wanlockhead when our Dad, Dougal Scott had the ski hire and school there in 1960's" - Barbara Simpson

"Great Idea ! Can only help LEADHILLS and WANLOCKHEAD more as an all season destination . The Fourth Ski resort in SCOTLAND !!!! GOOD LUCK !!" - Simon and Eileen Walton

"Snow in Leadhills has just got way more exciting. We are having a ball, thank you so much" - the Steel family

"Have read the updates on all the hard work on the hill to install the lift and other facilities. A webcam would be the icing on the cake" - Rick Patterson

"That's the target blown away. Superb effort by all concerned" - Olderalan